060: From Tradition to Purpose with Yonason Goldson

After graduating from the University of California, Yonason embarked on an adventure hitchhiking across the United States and backpacking across Europe.  He ended up in Israel, where he spent nine years studying the ancient wisdom of the land and receiving his rabbinic ordination. He then taught high school for the next 23 years in Budapest, Hungary, Atlanta, GA, and St. Louis, MO, where he and his wife live happily as empty nesters.

As director of Ethical Imperatives, LLC, Rabbi Goldson now gives keynotes and trainings to teach professionals how good ethics is good business and the benefits of intellectual diversity.  He is a TEDx speaker, a frequent podcast and radio guest, and author of hundreds of articles and five books including:

Proverbial Beauty: Secrets for Success and Happiness from the Wisdom of the Ages

Dawn to Destiny: Exploring Jewish History and its Hidden Wisdom

Many times, we don’t notice things right in front of us that can help us experience life in a way that we’re meant to experience it. The opportunity to grow and express who we really are.

We need to cultivate within ourselves a sensitivity to other people and how our actions affect the world around us. That’s what ethics is. We have a duty of wanting to do the right thing.

We’re here to be all we can be. That’s life, and wherever we are on the ladder it’s about are we climbing, sinking, or staying put.

4:00 — Studied English in college, Yonason became passionate about the power of language and the world of ideas. He shares his story of backpacking all across America, and Europe.

7:00 — On a student program, Yonason went to Israel. Through the hand of providence, he ended up in Jerusalem on Friday night during Shabbat.

9:00 — After being magnetically drawn to the Western Wall in Jerusalem, Israel, Yonason became driven to learn more about his heritage and religion.

13:42 — Facing the prospect of changing his entire world view, Yonason shares how he thought that he had life all figured out in his 20s, but he then realized that he hasn’t even gotten started. We like to think that we’re in control, that we have knowledge, etc.

17:45 — One of the great mysteries of life goes back to exercise our free will. Our ability to choose options. Always driven by the idea that he had a purpose in his life, when he found it he believed he had to follow it.

20:43 — Communication is not saying what you want to say. It’s getting you to hear what others are trying to say. Yonason shares this as his main message of his Ted Talk.

27:13 — Yonason shares that leaders should lead with the thought process of being first among equals.

29:55 — With 3 new projects he’s been working on for the last few months, including working on overhauling his entire keynote speech. Yonason is asking for help from the ImagineNation’s energy to pursue them. 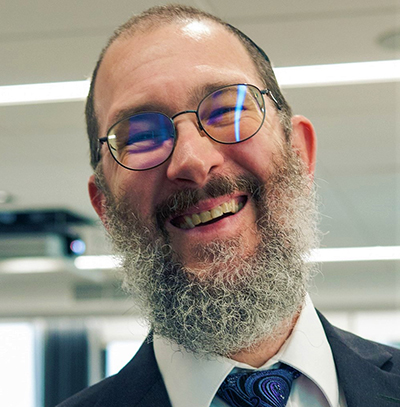