I was brought up in a Texas farming community. I marveled at thunderstorms and anyone who could speak more than one language. I loved high school. I formed lasting friendships.  With other guys on the track team I learned the beauty and power of the baton hand-off. Our coach, Cleburne Price, was one of some very fine people who edited the script for my future.

I aimed high for college. I was accepted at Cal Tech, Duke, MIT and Rice. Full of the history of World War II, I accepted an appointment to the Air Force Academy. I hoped to become one of those amazing combat pilots. Instead, after graduation I went to Paris as a Fulbright Scholar and studied French language and culture at the Sorbonne. In France my soul found its native home. I began to write poetry in French and discovered my wife to be in Nice. We had two sons who have grown to be fine men.

After France, I was assigned to West Germany and studied German every chance I got. Those were Cold War days. Nuclear cataclysm was a constant threat. After an assignment for training in the U.S. I was assigned to Vietnam. For that service I received the Bronze Star. I also discovered Stewart Brand’s Whole Earth Catalog.

I came home from Vietnam appalled at the failure of our political and military leadership. But Stewart Brand’s work inspired me to access tools with which to recraft society rather than tear it down. The Dome Book introduced me to the popularization of Buckminster Fuller’s innovations. I focused much of my energy on establishing a geodesic dome building company, Curvilnear Structures, and an alternative energy company, Black Forest Energy. Both companies failed, but the dome still survives.

While teaching French at the Air Force Academy in the early 70’s, I became enamored of the educational potential of digital technology. The Commandant of the Defense Language Institute (DLI), Monterey, CA, heard of my work at the Academy and recruited me to establish the Institute’s Educational Technology Division. Upon retirement from the Air Force in 1986, I went down the hill from DLI and managed Pew Foundation funds in building the Educational Technology Center at the Monterey Institute of International Studies.

In 1991, I began Ph.D. studies in Educational Technology at Utah State University, Logan, UT. I competed course work in 1993 and went to San Diego to write my quantitative dissertation based on research in foreign language acquisition. The research was conducted on German language students at the Air Force Academy. After award of the Ph.D., I moved to Colorado Springs in 1996 and in early 1997 began teaching Master’s Level Instructional Design at the University of Colorado, Colorado Springs (UCCS). I organized a team of students who won a national instructional design competition in 1998. http://curry.virginia.edu/go/ITcases/Site/Casebook/crpart.html

I moved to Golden in 1999 and began work at the Metropolitan State College of Denver (Now Metropolitan State University of Denver) managing the Language Technology Center. In 2003, I left the Denver area to accept a position as Professor of Education, Computer Science, and French at The King’s College, Empire State Building, New York, NY.

In 2005, I moved to Dallas to care for my Mother who was suffering from Parkinson’s Disease. In 2008, I moved her to Baja California, where I established Alegría a Cualquier Edad (Joy at Any Age) a Mexican non-profit for elder care. While in Baja I taught French, English, and Instructional Development at the Baja California State University, Ensenada and Tijuana campuses. Between 2008 and 2017, I lived sometimes in Baja and sometimes in San Diego.

In late 2017, I moved to Colorado Springs where I served as online Executive Assistant to a blockchain visionary. In March 2018, I accepted custody of my daughter and step daughter from the Boulder courts. I now reside in the Boulder area with my two girls, 8 and 9.

Allen believes his present primary “raison d’être” is to imbue his young daughters with faith in their own significance by treating them as more important than his phone, for their future is the fractal DNA of the future of humankind.

Allen holds this truth to be self-evident: all life is significant.

The little miracles in your life all comes together so you can provide powerful miracles for others. There are no mistakes or coincidences in the universe. Everything that happens to us and all around us is creation and co-creation to help us open up to the life we’re meant to live with our gifts and talents.

Things can come together in a magical way that can completely turn your life around. Even if you’re experiencing a wakeup call, if you let go of the worry and transmute that energy to a higher vibrational one, solutions seem to fall perfectly into place — sometimes in strange ways.

You make others feel special and important simply by listening to them. Whether it’s your children, spouse, friends, etc. If somebody talks, they will be far more attuned with you if you can authentically listen.

3:27 — Taking care of his two little girls as a full-time father, Allen shares his opportunities to speak and appear on TEDx.

5:53 — Focusing on his Baton List (you’ve heard of “Bucket List”), Allen’s discusses what passing the baton would look like for him with his passions and gifts.

10:08 — Going through a rough time in his life, Allen shares how he changed his worry for himself into love for others that drastically improved the course of his life.

14:00 — Kids understand the essential. For example, if you’re cleaning the house, showing good behaviors, etc. then they understand that. But as Allen shares, if you’re ignoring them then you’re leaving a message that they’re not important.

19:30 — Sharing some wonderful books about leadership, Allen shares his inspiration on how he set himself up for success.

21:30 — Finally getting out of the hole he was in; Allen was able to pull himself out and move forward in a magical way.

27:55 — For several years Allen had experienced some dark moments during the time of his wakeup call. Yet, he never lost his sense of purpose. Even though it’s a really bad situation, he never gave up.

30:00 — Explaining the gratitude for life and to do even the most mundane things in life. Even taking a shower, or brushing your teeth, because there are those who can’t by themselves.

32:00 — There’s a right and wrong, and it’s important for everyone to live by their own system. Allen shares how these, and many other factors play into having an open heart. 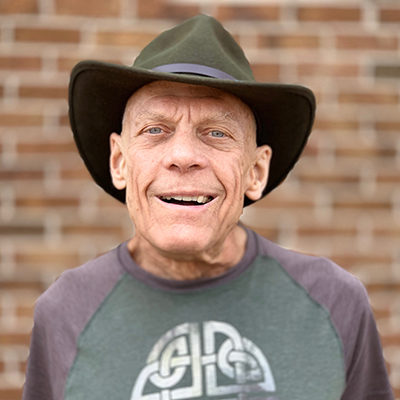