080: Embracing the Pain with Brian Bogert

Brian Bogert is a human behavior and performance coach who teaches clients to raise their level of awareness and intentionality to become who they already are: their most authentic selves. Brian helps executives, entrepreneurs, athletes, and growth-minded individuals learn this transformative approach that cultivates perspective, motivation and direction to help them align their life with their true desires and defy their own expectations. He teaches people to embrace pain to avoid suffering and guides them from avoiding pain to accepting it, and achieving purpose, joy and freedom through it.

Brian learned the wisdom of resiliency through his own early experiences with pain. When he was just seven years old, he was run over by a truck and his left arm was detached from his body. Throughout his childhood people often asked, “What happened to your arm?” They expected a sports injury or playground mishap—not the raw, painful truth that a truck tore it off. But instead of succumbing to suffering because of the injury, Brian embraced the pain necessary to fully recover and flourish with a reattached arm.  He learned early how to not get stuck by what had happened to him but get moved by what he could do with it.

Brian has continued to develop mindful and actionable tools for growth in his personal and professional endeavors. Before moving full time to coaching peak performers and public speaking, he helped lead and grow the Phoenix location of global insurance brokerage firm Lockton Companies, where in just a decade they expanded the revenue from $250,000 to $15 million. Before that, he was a top earner as a sales professional and mentored new producers nationwide at a publicly traded brokerage firm. Brian has earned accolades as a top performer in the Southwest, and was named as one of “40 Under 40” in the Phoenix Business Journal for his innovative and dynamic leadership.

Brian’s passion for positive leadership extends beyond his business career and into the nonprofit sector. His driving principle, “if and how I can help” led him to be a founding member of the Society of St. Vincent de Paul’s professional advisory board, the Vinnies. The Vinnies were instrumental in completing a successful capital campaign raising over $20 million in just over two years. Brian’s philanthropic work includes positions on various other advisory boards and committees like the American Cancer Society, Adelante Healthcare, TGEN, United Blood Services, the YMCA, Scottsdale Leadership, and Valley Leadership. He is also the founder of the Phoenix Children’s Hospital Patient and Family Alumni Leadership (PALs) group, which is dedicated to giving patients and families the best experience possible during their treatment. Brian’s injury care at the Phoenix Children’s Hospital was absolutely crucial to his successful recovery, and he is honored to continue to be a part of the hospital’s family. In 2013 Brian took his initiatives a step further by co-creating the mobile app Simply Sayin’ to help children understand confusing medical terms involved in their care. To date, the app has been downloaded nearly 80,000 times in over 100 countries.

Brian is a proud Phoenix native and even prouder father of two children with his beautiful wife. Being a dad is the most significant part of his life, which helps Brian understand and effectively coach clients to find their best work-life integration. He holds a Bachelor of Science in Business Administration and a Bachelor of Arts in Psychology from the University of Redlands.

The rules of society and culture tell us to act and speak a certain way. But when you’re able to look at things in a different perspective, you’re able to make positive changes in the world and in your life.

Purpose overtakes pain. If we’re thoughtful about how we approach things, then we’re able to break through the mold of culture and society.

3:00 — Breaking boundaries and destroying limits, Brian Bogert shares how many of us get trapped in a box in our lives.

4:13 — As a child, Brian shares a story of a wakeup call that showed him that he isn’t immortal and that he has a life that could end at any moment.

7:30 — A snowboarding accident was another wakeup call for Brian where he shares a story of how he broke his arm. This created a certain narrative for him that, as he shares, wasn’t accurate for him.

10:00 — Learning that he had a growth hormone deficiency, Brian reveals the sacrifices he had to make during his journey of his life.

12:00 — Having a unique story, Brian learned how to fulfill his life. Adopting a life coach, and starting to mentor and speak on stages himself, Brian helped many others overcome limits and boundaries.

15:00 — Coaches are supposed to help you raise your level of awareness. They’re more knowledgeable and able to see blind spots that you’re not able to.

16:30 — Brian’s coaching methods isn’t a one size fits all. He’s able to remove the limits of how we operate, dig deep, and move forward to fulfill the next period of our lives.

20:00 — Fear and helplessness is a limit for many. A lot of people assume that they’re not as in control of their lives as they really are.

22:00 — The world tells us to eliminate and reduce pain. That’s wrong. We need to learn how to embrace pain and suffering, and use that to move beyond the suffering. Pain is unavoidable, but suffering is a choice.

24:00 — Even though Brian has chronic pain due to injuries, he realized that suffering is a choice, and he learned how to not suffer, even though he’s always in pain. 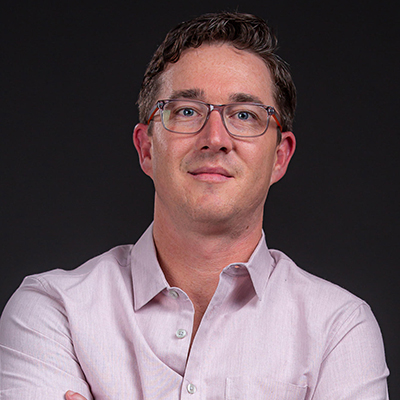