Dr. Neecie Moore has a rich history of leadership in businesses that make a difference. She has owned and operated inpatient and outpatient treatment centers; mentored start-up high tech companies; researched alternative and complimentary nutritional solutions; and consulted with the only company with a viable fuel cell technology in massive production.  As an experienced and respected results oriented trainer, she has trained coaches, wellness advocates and businesses all over the world.

Dr. Neecie not only speaks authoritatively on Life Coaching, but she is also an extraordinary trainer and motivator.  Her in-depth knowledge and experience is presented in a style that inspires her audiences. She has the rare ability to connect with an audience immediately and on a deep level and is able to take a room full of diverse opinions and meld those opinions into a solid course of action that everyone takes away as their own. Her warmth and humor make learning an entertaining experience.

She earned her PhD in psychology as a marriage and family therapist, and has become well-known for her results-oriented coaching for businesses, individuals, couples and groups.  Life Coaching Institute was born out of Dr. Neecie’s desire to assist people of all ages, families, businesses and churches excel at their purpose and mission. She realized that most do not even know what their purpose is, and they end up with conflicting purpose and mission, or values that are in conflict with their purpose, ending in disappointing results, or even failure.

She has been honored with countless awards (such as Outstanding Young Woman of American, America’s Outstanding Names and Faces, Giving Heart Award, The President’s List, The Human Service Provider of the Year), and has been recognized and certified by great leaders in her field (such as Dr. Patricia Love, Dr. Harville Hendrix, Pia Mellody, Anthony Robbins, Dr. Larry Lea). But in her typical fashion, while she smiles at and is grateful for such awards, she is most honored by her opportunity to personally touch the children at the base of Mt. Kilimanjaro (and follow up with a project that got nutritional supplements to the village of children), or the privilege of serving individuals and families struggling with “hurts, habits and hang ups” through her Celebrate Freedom program.

Dr. Neecie’s mission of love and healing “from the inside out” is evidenced by her dedication to those in need of recovery. Her background and singular life’s journey is uniquely varied, ranging from her experience as a professional Christian vocalist to her certification as an interpreter for the hearing-impaired including establishing Deaf Camps in five states, and establishing camps for neglected and abused children. In living out her life’s purpose to “emanate the healing power of love,” Dr. Neecie seeks every opportunity to touch the lives of others and to train others to do the same.

An incredible results-oriented life coach trainer and motivator for more than 25 years, high-level health and wellness author of nine best-selling books (in her niche market), world-traveled lecturer, radio and television personality, business executive and consultant, professional Christian singer, interpreter for the deaf … Dr. Neecie demonstrates the power of living life with purpose and with passion!

Emotions are half of what happens in our creation process. Thoughts and feelings resonating together is what starts our emotional connection to what we want to create. Moving beyond fear and anger is so easy to do, so long as you can find something in the moment that you’re grateful for.

Gratitude isn’t religious, and it’s not only about Thanksgiving. When we pivot into the benefits of gratitude, fear and anger cannot affect us. We become more resourceful, clear minded, and are able to open doors for the miraculous.

Three important things to consider: 1. Practice the 90-second rule. At around 95-seconds, our bodies produce the chemicals that harm our health. Turn to gratitude after 90-seconds and that will end the suffering we experience within ourselves. 2. We have epidemics of depression and anxiety everywhere. You don’t need to be antimedicine, and many times that works. However, we should try everything that’s proven to work first before defaulting to medication. 3. Truth, Respect, Empathy, and Kindness is the formula of how we should talk and act. If everyone can follow TREK talk and understand how we act and talk to ourselves affect our reality, then we’d be able to change the vibration of the whole world.

3:04 — Right now, Dr. Neecie Moore is helping businesses and individual clients pivot due to our world turning upside down a few months ago. People became paralyzed due to the pandemic, but Dr. Neecie shares that we need to pivot instead of becoming paralyzed. Pivoting in dance is where you put one foot forward and make an about-face.

4:06 — When you’re going to pivot in dance, you can’t pivot without that foot forward. Using that analogy, Dr. Neecie Moore shares that the foot forward is gratitude. Sometimes people misunderstand and assume that they should be grateful for the tragedies happening in their lives, but nothing could be further from the truth. What she really means is to find the few things (or one thing) that you can truly be grateful for.

6:25 — Once you pivot, your next step is to catch a new vision. Most visions will no longer serve you in a positive way. Whatever your vision is, put yourself into your zone and imagine what would be possible if there were no limitations.

9:00 — In her early 20s, Dr. Neecie knew that there had to be more to what she was experiencing in life. She was told by teachers that she was just ordinary and not educational material. That mantra stuck and that’s how she lived many years of her life.

10:00 — She started on a mission to discover what more was out there in the world for her. However, she didn’t know what more was, all she was sure of was that she was going to find it. Sailing out on an education journey, she bumped into her second wakeup call. She shares a story of how she saved someone from ending their life.

11:45 — It’s a humbling experience to see the miracles you’re able to create in the world and in others. Standing on top of the tallest mountain in the world wasn’t a miracle for Dr. Neecie. In her perspective, what was humbling was being surrounded by children who was inspired and motivated by her. She was able to set up a clinic to completely eradicate the AIDS virus in that village.

14:34 — After earning her degrees in psychiatry and going into practice, she realized that she needed more than just her. She realized she could train others to do what she’s doing. All she teaches is how to shine light on others, seeing the greatness in others, and allowing space for miracles to happen.

20:00 — Getting involved in fuel cell technology, Dr. Neecie shares how some people say that “she’s foolish enough,” where Dr. Neecie’s perspective is that she’s actually bold enough to do the miracles that she’s doing. She shares her story of how she helped a company put sustainable energy in villages in Africa and India and helped the company raise more than twenty million dollars to make that happen.

25:00 — If we carry anger or fear, we’re extremely prone to anxiety that’s not related to current-day circumstances because it’s always out of proportion. 90% of people who suffer from anxiety or depression see long-term relief from their symptoms by following the work of Dr. Neecie Moore.

29:28 — The one thing that Dr. Neecie Moore would most like to leave imprinted on your heart is: “You were not created for ordinary. You were created for extraordinary.” 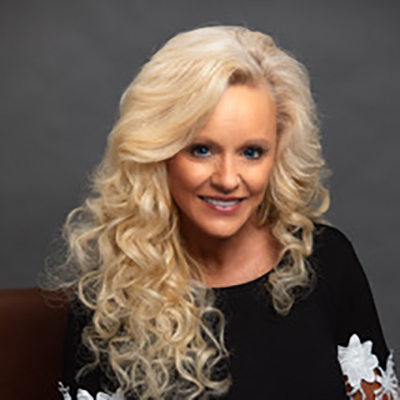