092: In the Details with Jacqueline Journey

Jacqueline Journey, author of the new non-fiction "The Diva's in the Details: The Celebrity & CEO Inspired Guide to Confidence, Courage & Style," is an award-winning filmmaker and television producer who has created thousands of hours of original programming that have been seen in all corners of the globe including Europe, Africa, Asia and The Pacific Rim, The Middle East, South America, and the United States. Several of these were award-winning live concerts, documentaries, series, and high profile interviews featuring Oscar winners, Grammy winners, legends, and celebrities including Matthew McConaughey, Dennis Quaid, Willie Nelson, Billy Bob Thornton, Juliette Lewis and Taylor Swift.

Host of "Passport to the Palm Beaches"

In addition to founding her own production company, Journey Entertainment, Journey was the COO of CAROLCO Pictures, Inc. (OTCBB: CRCO).

Ms. Journey has worked with three 24 hour music and entertainment networks: Hit Video USA (bought out by Viacom International), TMZ, The Music Zone (a partnership with TCI/Liberty) and most recently M*E Television (a partnership with Time Warner) where she was recruited as Vice President and Executive Producer.

In 2015, Ms. Journey completed her first feature film, Hidden Assets, which she wrote, directed and stared in. Hidden Assets screened in Cannes and was awarded BEST FILM at Florida Supercon. In addition to her years of experience behind the camera, she is an accomplished, award-winning actress, portraying Karen Stark on NBC's Friday Night Lights, appearing in several independent films, and hosting numerous popular music and entertainment series some of which have been internationally syndicated.

There are so many opportunities to see amazing ways that other people bring goodness to the world. When we see things that we admire in others, they’re really golden shadows of us. Golden shadows are parts of us that we haven’t admitted that we really are.

Each and everyone of us has gifts and talents that someone else needs. Like a puzzle, everyone has a place to fit in to paint a broader picture.

There’s an opportunity and gift in everything. It’s like the pony and heap of manure. Do you look for the pony or are you just satisfied with the heap of manure?

4:10 — Having a long career of television, but at a certain point she realized she was on a human hamster wheel in her life. What she really wanted in life wasn’t coming to fruition.

5:30 — Once she realized that she wasn’t following the purpose she wanted, Jacqueline Journey started her own company and produced her first film. That created tremendous change in her life, and she finally became fulfilled and was living out her purpose.

7:30 — Being an executive produce for a partnered company of Time Warner, she realized that her career was a mad house. This made her realize that she wasn’t building her dream but was rather helping others build their own dreams. Having a husband diagnosed with stage 4 cancer, she realized how important relationships were.

11:10 — Be unique and understand who you are. Don’t imitate others because that’s suicide. That tells your subconscious that you’re not good enough with who you are.

15:07 — It’s an interesting exercising trying to get people on camera because the worst performers where those trying to imitate others. The most successful ones were those who had their own look and radiated their own essence and vibe. They were genuine and authentic, which are words overused today, but there’s a reason why it’s critical to success.

18:00 — Lists are important because anyone who takes the time to write down their standards and their guidelines are able to define who they are and what their vision really is. It’s like being in a high jump without a bar — you make the jump and think you’re amazing… but there’s no bar.

19:45 — People are afraid of change or afraid of failure. Failure is just a course correction, and you need to be open to other things and learn from it. Accept the challenge and accept that there will be failure before you succeed because that will eliminate the fear of failure.

23:30 — When you put something on paper, it becomes real. Write down the person you envision yourself to be. Imagine and embrace the person you want to be, then wake up and start acting on the things that will get you there. Nothing turns out exactly as we plan, but it will at least be closer to where you want to be so long as you start making the motions and taking action.

25:30 — Many people have reached out to Jacqueline about her story and her success of fulfillment. This made her realize that she needed to start helping people professionally. Writing her book and helping people who are suffering gave her a sense of purpose of contributing to the world. You can’t just take; you need to also give.

31:40 — Above all else, believe in yourself. Know that you can achieve more than you think you can. 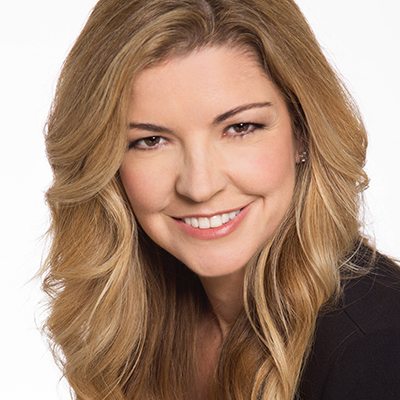