093: Leading From Peace with Amy Balog

Amy designed a comprehensive coaching approach that allows leaders to harness their most significant internal leadership asset, their Center. Once leaders are clear on who they are as a leader their confidence naturally rises. They are able to harness their potential. They become proactive nurturers of their own talent identity.   The ConnextionPoint process helps leaders then better assess what they are in the center of with specialized coaching sessions to diagnose the landscape and act with intention. Additionally, ConnextionPoint leverages top industry talent assessments, emotional intelligence tools, healthy teaming methods, advanced feedback practices, and the latest leadership insights to bring together a transformative leadership experience for high potential talent leading change.

Amy is currently authoring her first book Lead from Your Center.

Sometime the fears we believe in hold us back from pursuing our purpose and what makes us happy in life. Either we’re influenced by the people around us or society, or we have preconceived notions that what we want to go after is unattainable.

Our peace is the most important trait that allows us to empower ourselves in ways never-before-imagined. So many of us focus on performance, and that drains our energy and relinquishes our inner peace. There’s a collection of energy working on expanding the universe, and finding inner peace helps you harness those powers.

We often work so hard that we miss the divine messages that steer us onto the right path. Whenever you feel like you’ve reached an obstacle or ending in your life, just know that God is opening doors to a new beginning. Allow yourself to be open to those messages and receive the blessings that are handed to you.

4:30 — Amy Balog believed she was born to be a healer and a connector. Her journey has led her down a path of helping people understand their peace over their performance, helping them to listen and come to a better place in their lives.

6:30 — Growing up in a household with a lot of volatility, and being the youngest of four, there was a lot of intensity in Amy’s childhood.  Utilizing her abilities for healing and connection, Amy used much of her energy as a child to end conflicts within her family — and she shares with us exactly what methods she used to solve the quarrels.

9:00 — Her years in school was also filled with constant battles as she had to deal with being the target for bullying amongst her peers. She shares a few instances, and even a very heavy moment when one of her assailants nearly drowned Amy in a swimming pool.

10:30 — Being so young and unable to really process what was happening to her in her life, Amy found comfort and divine gifts through her relationship with God. She was feeling a presence of protection, even though she was being attacked in constant war.

15:00 — A divine moment, being surrounded by other human beings experiencing emotions of fear, worry, and anxiety, Amy Balog woke up and conquered her own fear of Alpha-type personalities. She realized that everyone had stories they shovel down within themselves. Her entire demeanor and behavior shifted at that moment, and she shares with us how this connection with God impacted her life.

18:45 — The starting moment of when Amy considered herself a healer was a pivotal one for her career. She realized that all of her clients were dealing with an incredible amount of emotional pain.  If you want to talk about emotional intelligence, you also need to understand that if you’re at a threshold of pain that’s incredibly high, that needs to be resolved in your heart before you can connect with yourself.

22:30 — Dancing with Trinity, Amy became awakened to her faith at the most perfect time. God chooses His divine soldiers, and empowering others to overcome their fears and help them receive peace effortlessly.

26:00 — Although she’s always had the power within her to share her gifts and talents, the words from her Divine Creator became clear after the passing of her mother. Allowing herself to become more specific with the words she uses to describe the world around her, she was able to help others find inner peace and exponentially improve their performances and lives.

29:30 — If you feel like you’re coming to the end of yourself, God is bringing you to another beginning, always. Slow down, hear yourself, honor yourself, and know that there’s nothing you need to outwork. Allow yourself to receive the gifts from God. 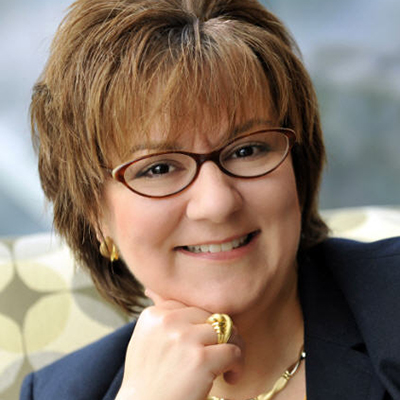