095: Back to the Beginning with Matthew Korban

Matthew Korban is a Certified Health and Life Coach, he has spent over 25 years connecting with people. First as an international marketing consultant and now as an impassioned coach who helps executives restore balance without compromising their careers, relationships or health. As an 8-figure business owner, he understands the demands of business and the stress of building something from the ground up. Which is why he is passionate about helping others achieve balance and be successful.

Mathew was at the top of his career when a near-death experience turned his life 180 degrees. He now trains audiences on how to connect to their passion, reignite relationships and find balance in their lives. In his free time, Matthew is also a 5th degree black belt martial artist and practices meditation and yoga daily.

Listen to the messages coming into your life, your calling, or wherever you’re divine intent is pulling you towards. Sometimes the messages come in ways that are drastic, which we call crisis wake-up calls.

We realize as we get further in life that we have many beliefs and excuses that hold us back. However, when we’re in the heat of the battle and struggles of our lives, we believe that we’re helping our family or the ones we care about. Even if what we are doing is hurting ourselves.

It’s important to have a coach in your life, because we all build up walls and illusions within ourselves that make it impossible to figure ourselves out. However, we can only find the answers within ourselves. It’s about your way, not someone else’s way. Break down your ego, and break down your walls that hold you back, to uncover the real answers.

4:20 — Finding himself on the operating table, Matthew Korban had flashbacks of the ones he loved, his past life, and every regretful decision he’s ever made. It was this moment, when his life was at risk of being over, did he remember God and had a divine conversation through prayer.

6:50 — With only a 20% of life, Matthew Korban was instructed to live out his last 5 months in peace. However, being the internal fighter that he is, Matthew decided against giving up and to continue the fight another day.

8:00 — Being born in Lebanon, a place that has never known peace, Matthew had a difficult childhood. The first 13 years of his life, he was running from shelter to shelter, school to school. Even learning drills of hiding under desks because there was always a chance of a random shooter taking other people’s lives.

10:00 — Having to leave his family, because many of his family members were scattered all over, Matthew realized he wanted to become successful so he could provide a life for his children that was different from the one he lived.

14:00 — After waking up from the operating table, Matthew spent 8 months recovering. Suffering from the surgery, shame, and depression, Matthew lost a lot of weight. Eventually Matthew realized he was given an opportunity of a new life, and another chance. He took that as fuel to propel himself forward.

16:00 — First, Matthew went to school and learned everything he could to give himself the ability to change other people’s lives. He then reached out to friends, and family who he knew needed his talents the most. The satisfaction he gets from transforming others, is more beneficial and passionate for him, than all of the money he made in his previous careers.

19:00 — The core of the discover we all go through are in two parts. We love the comfort zone we stay in, whether that means making excuses, or allowing ourselves to fail. People expect stuff from you, and you challenge yourself to exceed those expectations, even if that means adopting harmful behaviors. Matthew Korban goes into detail on how to solve this, and a personal example for us to relate to.

23:30 — Don’t close yourself or put walls up. You don’t need to change, only discover the why. Why are you doing what you’re doing? Then realize that your first answer is a lie that your brain tells you to protect yourself.

25:30 — Keep asking why, the first 10-15 times you answer the why behind your behaviors, are just your ego trying to protect yourself. Those are lies, designed to keep yourself protected. But continuous asking of “why” will eventually break down the ego from the excuses, and lead to the real answers you’re looking for.

31:00 — Don’t be ashamed to ask for help. When someone asks for help, it doesn’t mean they’re weak. It means they’re mature and strong enough to admit they need help. We all need help. When you ask for help, you’re not only helping yourself, you’re helping others as well. 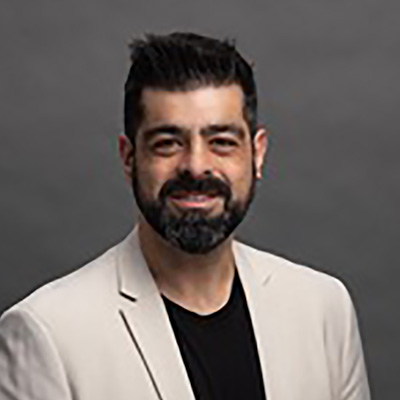