Rico was born and raised in a small western Pennsylvania coal mining and steel town, in a coal mining family.

With school a challenge and having lots of self-doubt and lacking a clear direction, his passion to live his dreams of flying led him to uncover the simple process for crystal clear thinking of "Just2Choices," and to write three books for kids on positive choice.

Rico's flying covers F16 fighters, jet airliners, sea planes, and gliders—and he's a best-selling author, speaker, and radio show host. He holds a bachelor’s degree from the U.S. Air Force Academy, and a master’s from the Univ. of Southern California.

Being present in the moment allows you to live in an upward direction by controlling your free will. Avoiding being in the moment will disempower yourself and put you on a downward spiral. There’s only two choices regarding free will.

By bringing up your conscious awareness of choices, and declaring that “I choose to,” it puts you in control of your reality, rather than playing the victim of circumstance.

Every decision that you’ll make in your entire life will always boil down to only two choices. It’s binary, either 0 or 1. Even in situations where you feel overwhelmed and it seems like there are a plethora of choices, it can always be dissected into segments of decisions that are only two choices.

3:10 — During his time as a pilot, Rico Racosky would spend his time writing books about positive choices for children.

5:30 — Being a shy “back-of-the-room” kid in school, Rico shares how his wakeup call was a progression throughout his childhood. Trying to decipher how the other kids received the awards they did, during his start of his flight career, he realized the formula of Dream + Action = Reality.

8:00 — Experiencing several setbacks during his life trying to pursue his passion, Rico shares how he was overcome those obstacles (such as, being turned down from the Airforce), he manifested his true divine calling.

12:00 — At the beginning of his career in the Airforce, Rico received an opportunity to help a fellow soldier by providing Life Skills training to the children under her watch. He had the opportunity to share his gifts and talents and inspire these children about dreams, goals, and aviation. This was the start of Dreams + Action = Reality.

16:20 — Working his career on only one side of the coin, Rico often wondered what it would be like to be on the other side of the operation. How would that have impacted his work and personal life, such as his family and friends. Vince shares that he’s seen both sides of the coin and advised that the side Rico was on was a much more preferred place to be.

19:30 — After working any years with helping children make better choices, Rico is now transitioning his teaching to the corporate world. The consistency of quality and action makes this transition easy because the actions made in businesses have consequences.

22:30 — The decisions you’ll make in life are binary. There are always only two options, and in moments where it seems there are more than two options, are really just several of binary decisions stacked together. Just like in computer science, your choices are either a 0 or 1, never a 0 and 1.

24:00 — People usually respond to the “Just Two Choices” concept brought up by Rico as either, “there are more than two choices” or “I have no choices.” Rico goes into detail and provides examples of why either case is not true and reinforces the idea that there is always only two choices for every decision you make. 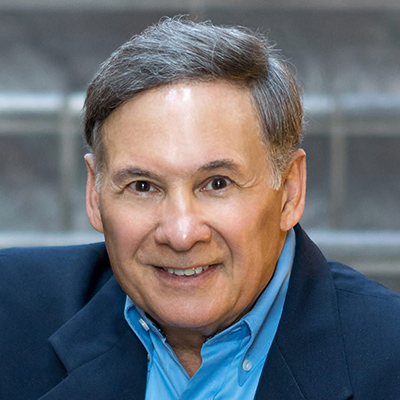