Robert White The Quantum Leadership Mentor The Art and Science of Mastering Executive Challenges In addition to his leadership role with Extraordinary People LLC, Robert White is an Executive Mentor, author, frequent keynote speaker and workshop leader on organizational leadership, successfully handling rapid change, entrepreneurial success and being more personally effective. Robert’s experience encompasses over forty years in the training industry. He was President of pioneer personal growth seminar company Mind Dynamics Inc., and was founder and President of Lifespring, Inc. which he later sold to his team.

He founded and served as Chairman of ARC International from 1978-2001 and worked closely with its corporate and individual clients throughout Asia, South America, Europe and North America. Lifespring and ARC International, graduated over one million participants from high impact experiential seminars and ARC International served over 1000 corporations. Robert White has "turned on" and inspired diverse groups including United Telephone, JPMorganChase, The American Cancer Society, Silvertree Hotels, Young Presidents Organization (YPO), World Business Academy, The American Chamber of Commerce in Japan and Hong Kong, plus Rotary Clubs from Aspen to Singapore. He has served as a vice president of the Instructional Systems Association and has served as Asian regional vice chairman of the Pacific Basin Economic Council. As a member of the American Chamber of Commerce in Japan, he served as chairman of several committees and was elected a member of the Board of Governors. Robert is a Fellow of The World Business Academy.

Living out his commitment to contribute toward a world that works for all people, Robert actively supports the Sarvodaya community development organization in Sri Lanka, The Kempe Center for Child Abuse and Neglect and The Adoption Exchange. He also serves on the Board of Directors of Plant-It 2020 which has planted millions of trees worldwide. Robert founded One World, One People Foundations in the USA, Japan and Hong Kong – non-profit organizations that have donated over one million U.S. dollars to charities doing environmental education and those working to end child abuse and neglect. Helping others to develop extraordinary personal leadership abilities, capacity and effectiveness is Robert’s personal mission. His other interests include current events, reading history and philosophy, being with his eight children and enjoying many styles of live music.

Everyone of us is energy. In fact, everything in the entire universe is energy. Our frequency and vibration of that energy is extremely important. It is how we are felt or seen by the other energies that we come in contact with.

Wd have been taught to strife, to be more, to accomplish more. Because of this we have a tendency to move from one thin to the next thing with out every taking the time to realize just how amazing our lives are. In fact, rarely do we notice just how amazing we are.

When can take the time to notice, acknowledge and accept all the things that we truly have to show appreciation and gratitude for, we begin to align with who we are as the highest vibrations. He opens the door to a joyful life. And also, allows us to more fully enjoy a life that attracts what we really want.

3:43 - Meet Robert White, as he shares who he is and what lights him up in the world as he contributes to it.

5:27 - Learn the circumstances that led this highly successful man to become an executive coach to help individuals and organizations.

12:51 - Robert tells how he moved beyond the belief and feeling that he wasn’t enough and wasn’t doing enough in the world.

14:50 - Robert share that an extraordinary life is connect to purpose and being committed to living that purpose.

20:15 - Learn what Robert believes is the distinction between joy and happiness and why it is so important.

21:44 - Discover how bringing joy to an organization is beneficial to the individual and the organization.

29:06 - Robert shares how a business on purpose hires people aligned with that purpose and provides an opportunity for them to live their purpose. 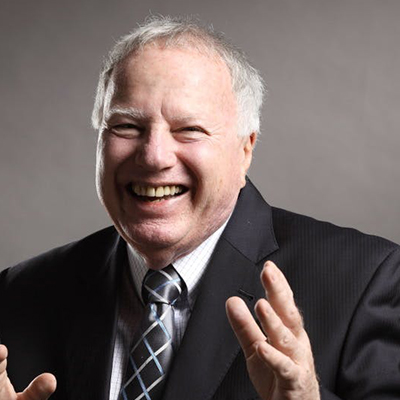