Divneet is an author, speaker, and consciousness expert. She is the discoverer of the Law of Unification which empowers people to create new creations for the world and conscious life of purpose. She is an integrative thinker who forgathered diverse components of research using her visionary perspective to devise the formula of creation to unlock our highest potential. Divneet helps individuals to master innovation, mental clarity, and self-knowledge for personal & social transformations. She inspires them to think in creative, innovative, and radical ways to develop new solutions. She is dedicated to supporting individuals and leaders in accelerating their journey to fulfillment.

We have choice to hold the higher level of consciousness or not. If we can hold the concepts of the new paradigm and understanding the who, what and why of ourselves in our consciousness , we can and will live life in alignment.

We can best serve ourselves by raising our consciousness through learning, growing and discovering ourselves in a new way. By listening, learning and absorbing what is attracted into our lives, we will live life from that higher level of understanding.

4:50 Divneet Kar Lall’s journey with consciousness development and self mastery began with a deep interest in reading spiritual texts and books as a child. That beginning, ultimately led her to develop the Law of Unification and to write her book titled, Mastering Creation Using the Law of Unification.

7:00 She realized her usual practices of meditation were not working for her anymore, she had achieved stillness and a new kind of wisdom came pouring in with huge force. She calls this source of knowledge an Idea Mind.

9:10 Geniuses get their ideas from one moment where their mind seemingly stops, it doesn’t come from their mind, it comes from another source.

12:00 Divneet’s meditation process changed and things became very dark at first. She felt something disappear and she felt disillusioned. Slowly, she felt a stabilizing force, and everything began brightening.

16:25 Divneet describes how once a person dissolves or becomes disillusioned, the Idea Mind kicks in and that’s when the brightness and shifts occur.

19:00 Everything has consciousness, a field that covers everything. As we become more aware we are able to tap into that more deeply on different levels.

22:00 When awareness increases, one is able to take a deeper look at their habits, patterns, and behaviors. The same thing happens when we connect with higher consciousness which leads to becoming highly aware.

24:00 The Idea Mind acts as a ladder towards higher consciousness. We can conquer our lower impulses and lower levels of consciousness through the Law of Unification.

27:00 A person living their most authentic life, someone following their individual dharma is a creator. Creators improve their lives and the well being of society.

28:00 An example of a creator is Albert Einstein. A creator is someone who does not focus on what others think, they are focused on their personal work.

32:00 When we are not aware and conscious, we follow others and deviate from our own paths. Practicing our will power is the first step towards higher consciousness.

33:00 Divneet wishes to share her knowledge with the world so that everyone can achieve higher levels of consciousness and the world will continue to evolve.

34:00 The first steps to overcoming the forces of lower level impulses are exercising willpower and solitude and self inquiry to get in touch with the Idea Mind. Everyone can take a small moment to get in touch with what is truly inside of them, what they truly want and what their purpose is. 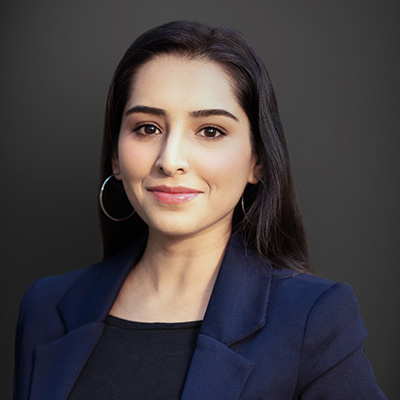